Spells of Blood and Kin is getting closer and closer, you guys.  You can now preorder it from a whole bunch of different US retailers here, or of course, from Indigo.

And take a look at this cover!  It looks even better in person--I am the proud possessor of a mockup (my cover wrapped around a similarly-sized hardcover, since mine won't be printed for a while yet) and I can't even describe the rush of seeing it brought to life. Next step for this writer: copyedits!  I have a word list from the copy editors detailing things they've corrected, and I need to review the changes.  (Side note: it's hilarious to me how many swears appear on the list.  Apparently I don't spell profanity as well as the rest of my vocabulary.  For instance, did you know "douche bag" is two words, not one?!  It never occurred to me to look that up.)

One thing I love about this process is the incredible number of talented people who are involved in making this book the best it can be.  I'm grateful to every one and I look forward to thanking them all properly, including those I haven't yet met... and including you, dear reader, especially if you're one of the people preordering!
Posted by clairification at 9:29 PM No comments: Links to this post

This day, my friends, needs a pin in it: SPELLS OF BLOOD AND KIN has gone up on Amazon (and Goodreads!) It has a preorder link and an ISBN number (which, for anyone reading this who isn't a book nerd, is like your book's very own fingerprint or DNA).

Go and look!  Look at the beautiful, generous things people have said about this book already!  I am so grateful--and so excited to watch this thing grow.
Posted by clairification at 9:56 PM No comments: Links to this post

Tor.com is holding a sweepstakes--you could win one of three copies of Daughters of Frankenstein by entering here!  Read Brit Mandelo's generous review also.

My story "Eldritch Brown Houses" appears in this anthology--my first, and likely last, engagement with Lovecraft, all mashed up with analog photography, loneliness, and witchcraft.  Enjoy! 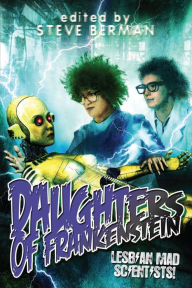 Posted by clairification at 7:06 PM No comments: Links to this post

Given that I'm a writer, you might be expecting a post with this title to be about speculative fiction fandom.  It isn't, or not directly.*

It's about hockey, and the very troubling rape allegation that surfaced recently in regards to Patrick Kane, #88, star winger on the Chicago Blackhawks.

When professional athletes are accused of serious crimes, their fans don't always take it well.  There's a chorus of innocent until proven guilty and but he's such a great guy, he signed my kid's jersey one time and sometimes some pretty gross backlash against the victims of the alleged crimes.

I don't want your first thought to be for the alleged criminal.  He's a rich, highly privileged person who will almost certainly be fairly treated, well-represented and supported with excellent legal advice, and even if found guilty, may keep his prestigious job and his millions in salary.

I don't want your first thought to be for the franchise either.  Your team will win again, with or without their star player.  And if they don't--even if this kicks off a century of early playoff exits or bankruptcy or whatever--that is still incredibly unimportant when placed against the wellbeing of a rape victim.

I want to hear that you care about women.  I want to see you remember that the community you're in, the community of fans, includes plenty of women, and that all of us deserve to feel like our heroes wouldn't hurt us.  I want our heroes to be nice people who visit sick kids, donate to good causes and love animals.  And on the rare occasion when someone does something terrible, I want to know you understand that no amount of clutch goals can make up for that.

Rape accusations are rarely false, and rapists often walk free.  It's possible, and likely, that Patrick Kane will not be convicted; it's possible he won't even be charged.  Neither of those things means he is actually innocent.  Maybe, somehow, he is completely innocent; but he isn't who I am worried about right now.

I'm worried about the young woman who had to go to the hospital in the middle of the night.  I'm worried about the safety of other women who encounter the wrong athlete at the wrong time, who might be even less likely to see or even seek justice because of their attacker's fame and power.  And I'm worried--less, but still--about female hockey fans who won't be able to watch a game or a highlight reel for a while without feeling ambivalent, maybe afraid--not only of the men we want to admire, but of the other fans in the room, who might not be there for us when it matters most.

I'm glad to see some people, like Tim Baffoe, responding to this situation with intelligent commentary.  I feel like we often need reminders that our fan relationships are one-sided: that we can love a public persona, a performance, a creation, without being truly loved or respected in return, and without knowing for sure the truth of what we admire.

Whatever happens next, I hope the woman in this case is getting all the help and support she needs.  And unless or until something changes, I won't feel comfortable sitting next to the guys who think it's cool to wear their #88 jerseys right now.

I love literature.  It's my career and my intellectual home, and I approach it almost always with a spirit of critical thinking, wanting to understand how to make my own writing better.  Hockey is the only thing I consider myself a fan of: I love it with a simple, obsessive yet passive enthusiasm.  I don't want to do it, I just want to know all the things about it, and watch it whenever I can, and read blogs about it and stuff.  Maybe this doesn't dovetail with your experience of being a fan, or being a creator, or both.  I have no intention of critiquing or invalidating anyone else's experience or identity.  But I would feel weird calling myself a member of SFF fandom when my experience has always been mediated and distanced by my sense of myself as a writer.
Posted by clairification at 7:21 PM No comments: Links to this post

Labels: hockey of all things

Just in time for Readercon...

Long Hidden continues to garner attention, this time nominated for a World Fantasy Award!  This anthology punches way above its weight in so many ways.  Every story made me proud to be in that company, and the community of contributors has been such a pleasure to meet.  I'm looking forward to seeing some of the #LongHiddenFam at Readercon!

What else am I doing at Readercon?  Reading:

I'm planning to read the opening scene of SPELLS OF BLOOD AND KIN.  I'm so excited to introduce my book to you all!  This will be its first outing!

I'll also go to panels and readings, of course, and hang out in the bar, and in the lobby, and on the party floor.  (And in the back yard of the hotel, where there's an open green space that is perfect for sparring.  I don't really box any more, but I make an exception for Marko Kloos.)
Posted by clairification at 10:06 AM No comments: Links to this post

clairification
I write, read, and also do other things related to books. The views expressed on this blog are mine alone and do not necessarily reflect the views of my employer.

Other Places You Can Find Me